The Ainu are the indigenous people of the Japanese and Russian isles, mainly in northeastern Honshu (the main island) and Hokkaido, the northern island. While visiting Sapporo, I happend to stumble upon an Ainu exhibit in the lobby of a fancy hotel. Not one to pass up the opportunity to learn something new about history, I popped in and was treated to a pleasant array of traditional clothes.

An Abridged Introduction to the Ainu

The Ainu in Japan have been mostly assimilated; when asking around about the Ainu in Hokkaido, many people told me most have moved down to the Tokyo area, and that there aren’t really many Ainu enclaves left. Only a small percentage even know of their Ainu ancestry, due to the assimilation through the 20th century. Even then, they weren’t granted official status as an indigenous people until 2008. With a bit of the context out of the way (there is much more that can and should be said), let’s take a look at some of the clothing items that were on display.

Bronze, shells, and other ornaments were attained through trade with the Japanese on Honshu and were used to decorate necklaces and other pieces of jewelry. They looked pretty normal for jewelry from the time so I didn’t end up taking any pictures of them. What was very interesting were the headbands, or Matanpushi. Women wore these whereas men traditionally wore a shortsword on their being. The headbands were sometimes used as a place where they could rest a strap for the carrying of children on their backs.

The shirts were elaborately embroidered with patterns but not until later in Ainu history, after they had started trading with the Japanese. The ones on display were Rurunpe, or clothes embroidered with applique. Clothes without the embroidery were known as Chijiri and none of those were in this particular display. 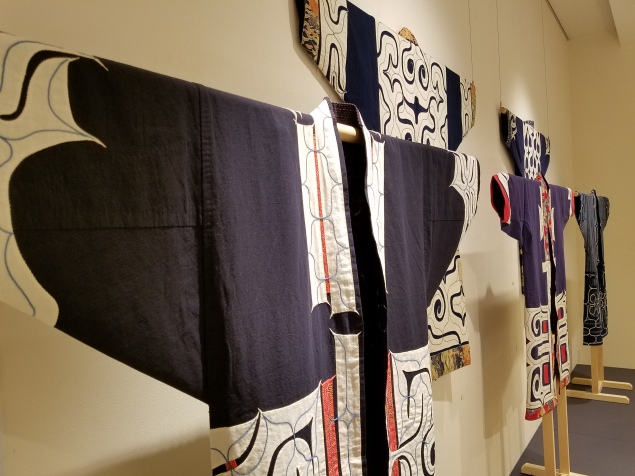 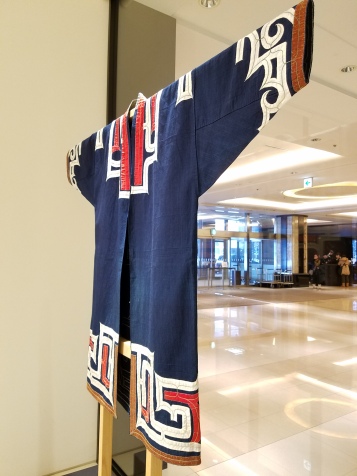 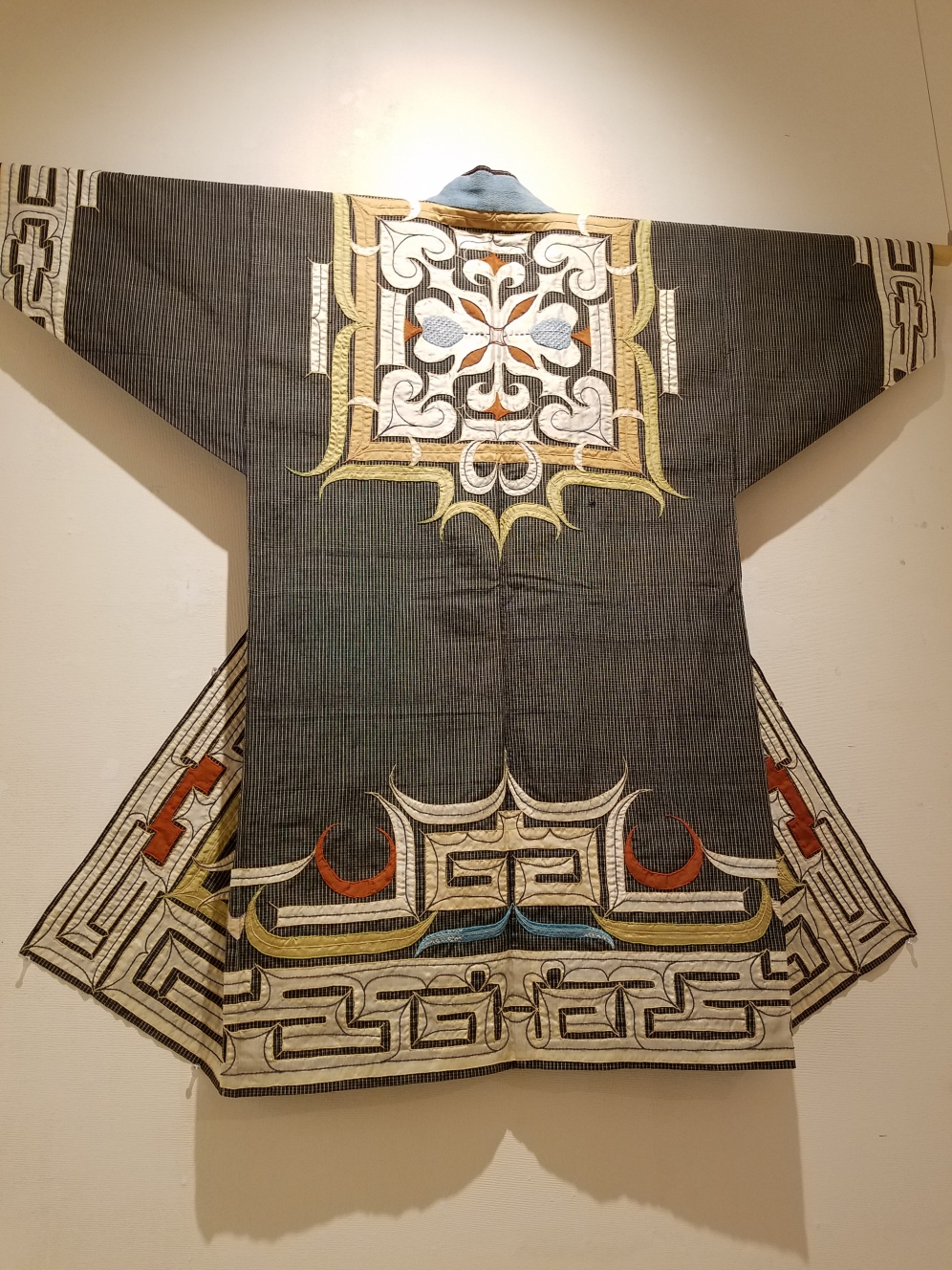 Lastly, they had a wide variety of aprons on display. The patterns were just as varied and colorful as the other clothing. 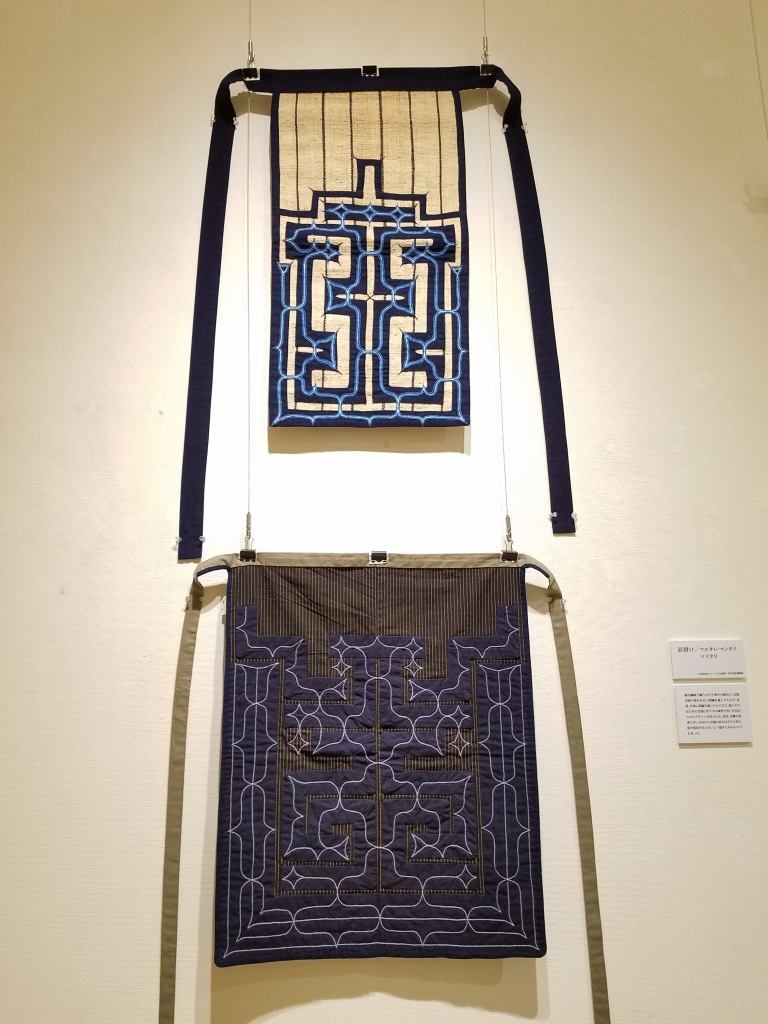 For its size, it was a very nice little collection of Ainu artifacts. I was surprised to see it in a small room in the lobby of such a fancy hotel. There has been a big push the past few decades to reinvigorate and preserve Ainu culture and tradition, so it’s nice to see displays like this doing their part to keep it alive.