Just outside of Fukuoka is Karatsu, a small city with its own castle. I imagine this will be a common theme with many places I go in Japan, but, finally, I got to visit my first castle. The trip was a bit of a whirlwind, having only an hour before a work function to tour the site. I must say, that was one of the most enjoyable hours I’ve had in Japan for a variety of reasons.

The Basics of Karatsu Castle

First, you will need to head up either a long set of stairs or an elevator (which you will pay about 100 yen to ride) to reach the castle. Note that the elevator will close about 40 minutes before the castle closes, so if you’re going towards the end of the day, like I did, you may have to climb your way back down if you can’t catch the elevator attendants quickly enough. The first floor has a nice gift shop and a few interactive displays, while the second, third, and fourth floors have displays for you to look at. The fourth floor is really just a plug for local tourism, with cardboard cutouts of handsome anime mascots highlighting the local specialties and sights. The fifth floor is the observation deck, with incredible views of Karatsu and the surrounding bay. No photography is allowed on the second and third floors, sadly, where most of the historical artifacts and information rests. 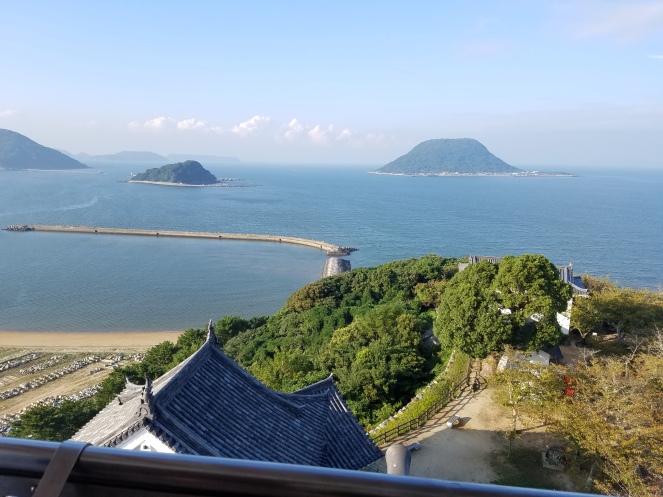 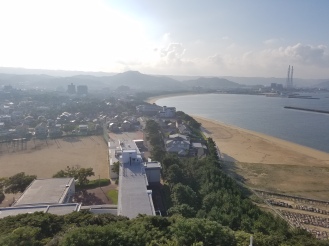 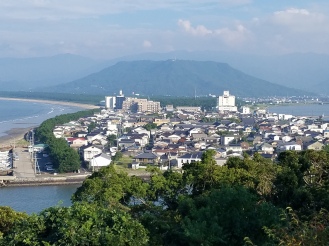 Here’s where I falter: The museum pieces were beautiful and great to look at, especially the scrolls, but all the signboards are in Japanese. The deceitful thing is that all the titles for the information boards are in English and Japanese, while all the information about all the artifacts is in Japanese only. I asked my coworker about what everything was saying but all I was able to decipher was that Karatsu used to have a lot of pirates and possibly some beef with Fukuoka. If you visit, it would behoove you to seek out some English-language resources beforehand so you can appreciate all that the castle holds. 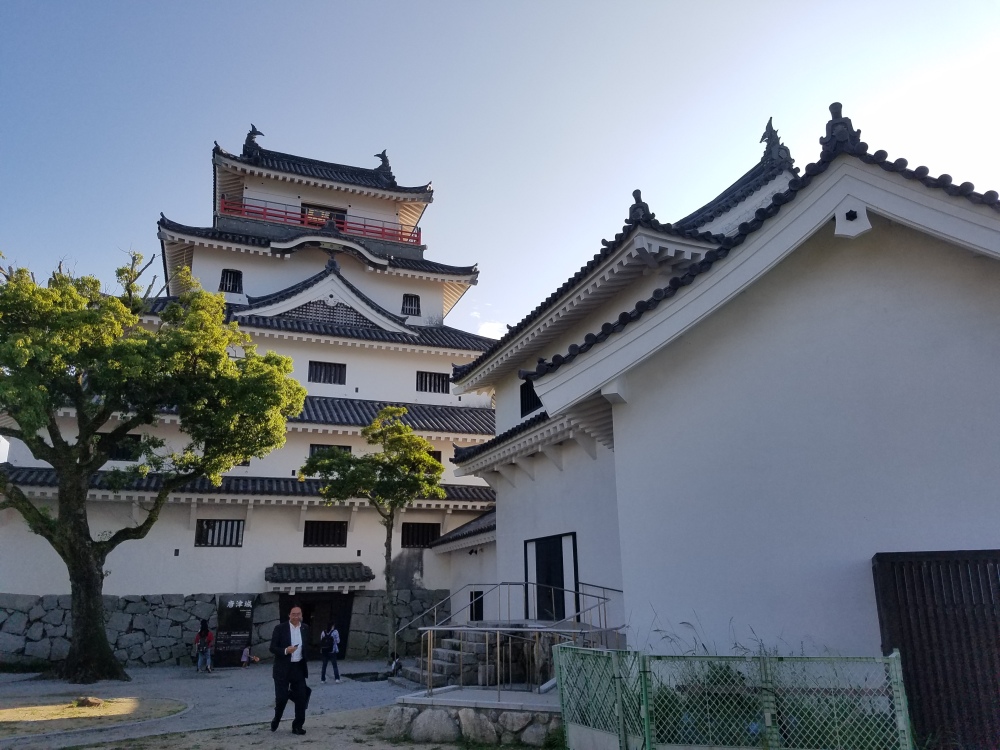 Despite the short time there, I would highly recommend a visit! It may be one of the smaller castles, but that just makes the experience feel more intimate. The peaceful sea breezes that flow through the top floor were worth the price of admission alone, so if you’re out that way on Kyushu, it wouldn’t hurt to stop by!