One unique tradition that still exists in Mongolia is the making of bows from animal horns. One such “factory” exists in my old training site, Dulaankhaan, out in Selenge aimag. While visiting my host family and language teacher, I managed to visit where they make the bows. 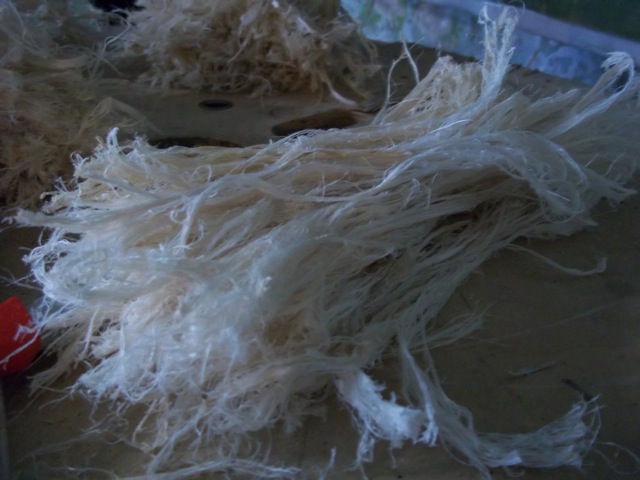 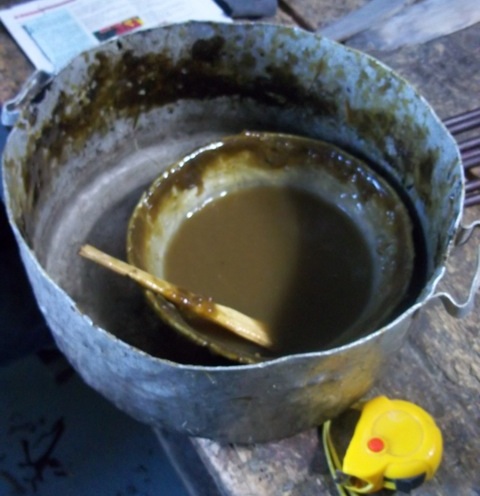 The factory itself is very unassuming: narrow, chipped paint, rusty hinges, and a barren concrete floor. You first see a long table filled with strange animal parts, the only ones recognizable being the horns. My friend told me that the sinewy bits were ligaments from the cow’s legs, and that they were used to give the bow elasticity. After the table, you enter the workshop, where you see an area where they pound out the dried ligaments on an anvil until they are flat and in many thin pieces. From there, you see the craft table, where they shape the horns and attach the ligaments to a wooden base. The glue they use is made from the cow’s skin, and it is quite a powerful bonding agent. After that, they paint it and attach a string.

It sounds simple enough, but each bow is crafted specifically for its archer, taking into consideration the archer’s height. They are all custom made, and made by hand. I was told it takes four to six months to complete a single bow. Because of the labor intensive process, and the length to complete a single bow, they are quite expensive. To a foreign purchaser, however, they are a steal. I remember being discouraged from buying one in order to keep the bows in Mongolia. If visitors buy all the bows, Mongolia loses its ability to use them during Naadam.

I asked the man working there if there were any other factories. He said there was one in Ulaanbaatar and one in Umnu Gov, but those were it. He also noted that you couldn’t study this craft at any university; you had to apprentice at one of the workshops, and there weren’t many inquiring. I’m not sure if that’s due to the fact that, at least in Dulaankhaan, the trade is kept predominantly within a single family, or if the horn bow making business wasn’t appealing. It’s difficult to say if the tradition will disappear over time, but for now, it’s alive and well in an unassuming village in Northern Mongolia.