Follow my blog with Bloglovin
Posted on September 2, 2018September 4, 2018 by adamgarnica

Japan has no shortage of castles sprinkled about the country. While visiting Nagoya for a conference, I was able to stop by the local castle, as it was only about a 15-minute walk from my hotel. Each castle seems to have its own unique attribute that pulls in tourists, and for Nagoya, it definitely was the Honmaru Goten, or primary hall. 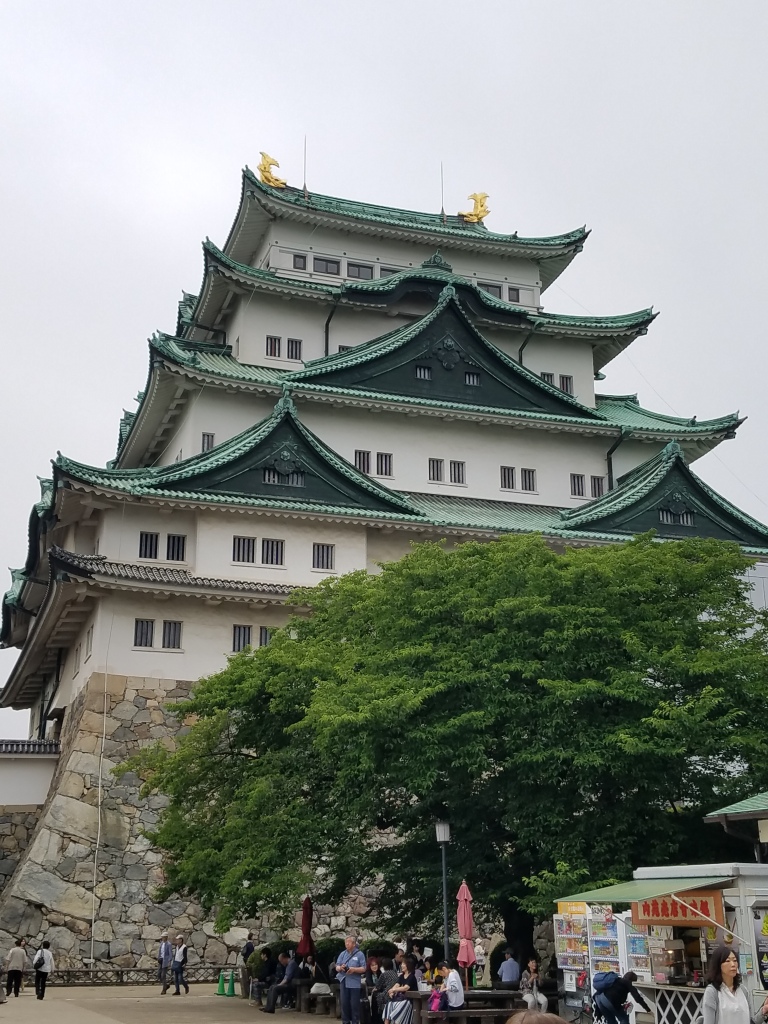 Bad news: The castle itself isn’t open. In fact, this isn’t even the original palace. Like so many other things in Japan, it was destroyed in World War II and the current castle is a faithful reconstruction of the original. They’ve gone so far as to hire traditional craftsmen to rebuild the castle using only techniques available way back in the 1600s when it was first built. You can really pick up a sense of pride the people have with this particular castle; they’re really pushing to make it something special, something that will stand out in a crowded castle market. It’s set to open up again 2022. If I’m still in Japan at that time, I wouldn’t mind making my way over again to update!

The real attraction isn’t the castle itself, since it’s still under renovation. What really brings in the crowds is the Honmaru (Hommaru) Goten Palace. It’s a series of buildings just outside the castle where lords would host important visitors, such as the Shogun. Moving through it, you work your way around the perimeter, peeking in to the various rooms, chambers, and audience halls as you make your way through the building. The restoration of the palace is truly a sight to behold: vibrant colors and detailed carvings frame the shimmering tapestries in each room.

Just seeing the Honmaru Goten palace was a truly wonderful sight. I can’t imagine what the castle itself is going to look like upon completion. Are they going the Osaka castle route, where they install a museum inside? Or will they go for a more Himeji castle vibe, where they keep the austere war-ready interior to show off that aspect of the castle’s history? Either way, it’s sure to be a wonderful complement to the artistic palace.