I’ve had the great fortune to travel a fair amount around Japan, from Hokkaido down to Kyushu (no Shikoku or Okinawa… yet!). I always like to find out something local about the place I’m visiting: local dishes, local sights, and local drinks. While I haven’t been everywhere in Japan yet to sample food and drink, here is a list from my first year in Japan of craft beers I’ve found particularly enjoyable for one reason or another.

A note before I begin the list: These are only beers whose brewery or official tap rooms I have been able to visit. I’m not basing these on cans, bottles, or drafts I purchase outside of their native brewing habitats. That being said, let’s see what I was able to partake in. 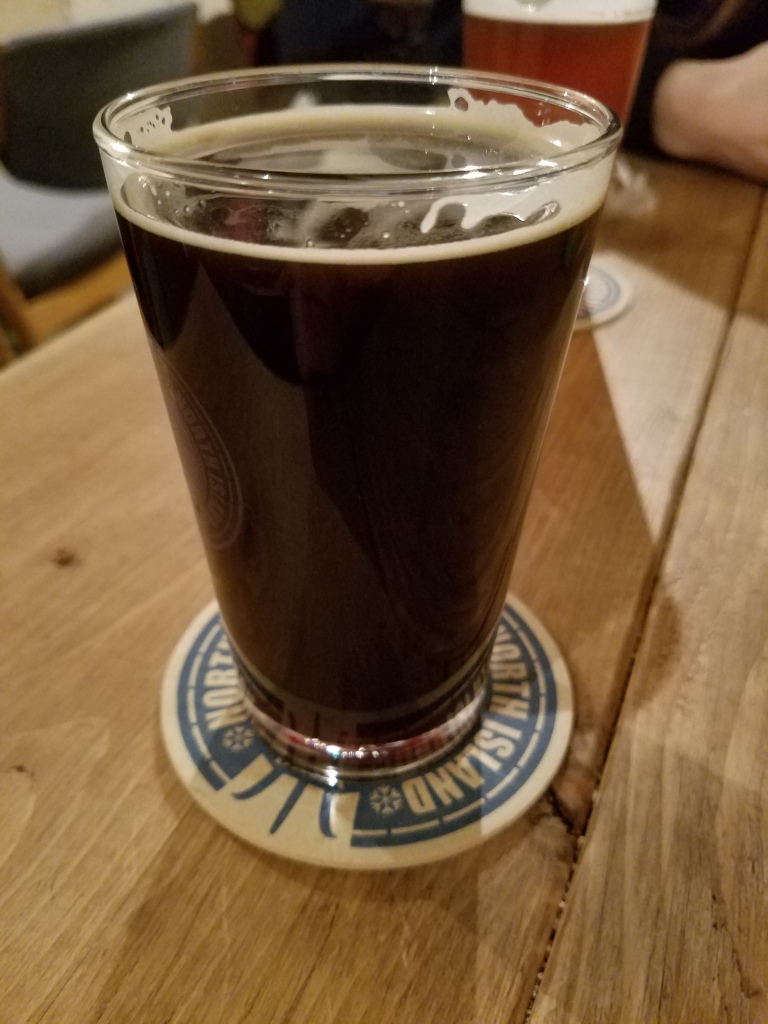 While in Sapporo for the Snow Festival, I was able to visit some tap rooms and smaller brewers in Sapporo. My favorite, in terms of the quality of their grog, was hands-down North Island Beer. I unfortunately didn’t get to try their pilsner (sold out!) or their IPA, but I did get to try many of their delicious darker beers, including the North Island Stout (pictured above) and the spiced and wonderful Coriander Black. If you’re a dark beer fan, North Island has some very delicious choices!

While waiting in Otaru for the snow lights to be lit, my wife and I spent a good amount of time resting and drinking at the Otaru Beer Warehouse, home to Otaru Beer. First, the price point here is one of the best I’ve seen in Japan: a half pint for 500 yen and a full pint for 1200. Good prices, yes, but good beer? Absolutely! The Pilsner is smooth and drinkable, but where they really stand out is with their Dunkel. It has a wonderful malty smooth flavor to it that doesn’t overwhelm. While I was there, they had a special rotating beer: the Bamberger Spezial. To those uninitiated with Rauchbier, they dry the barley over an open flame, giving it a super smoky taste to the beer. It was like drinking hickory smoke; a definite new favorite style of mine!

If you need a break after visiting the Snow Monkey park, just walk a few paces downhill from the bus stop and parking lots to The Farmhouse, where you can drink all the beers from sake-brewery-turned-beer-brewery (but still brewing sake) Shiga Kogen, also sometimes known as Tamamura Honten. This brewer is known for unique ales and great IPAs, such as the Shiga Kogen House IPA and the Sono 10 / No. 10 Anniversary IPA. Not into IPAs? Give the Shoubu no Miyama Blonde or the African Pale Ale a go!

The local hometown favorite, Coedo, is in abundance at grocery stores, cafes, and restaurants here in Kawagoe. I visited their Chinese Restaurant/tap room, 1000 Labo, during the summer. Trained in Germany, their brew master brews a reliable stock of regular beers and the occasional collaboration and experimental beers. The recently bottled and canned Marihana Session IPA is my favorite, but the Kyara India Pale Lager is also a good beer to drink. They’re probably most well-known for their Beniaka, which is a sweet potato beer with a 7% ABV kick. Special shoutout to a past collaboration beer, Gattsu Pozu, which had such a delightful woody flavor to it! 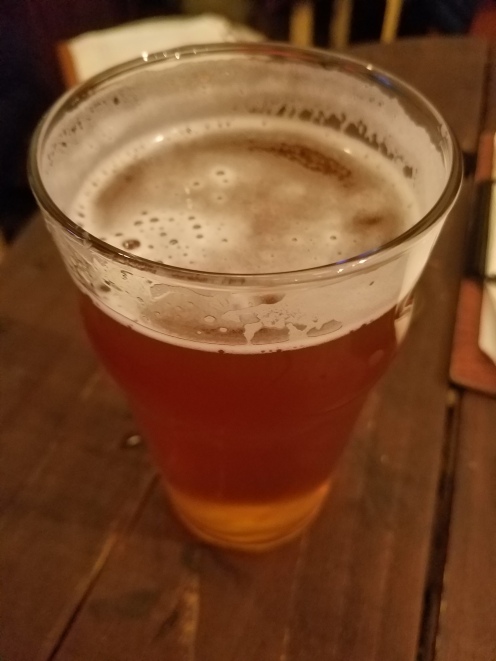 This next one is a buried treasure. Tucked away in Okutama is Cafe Vertere, which brews its own fantastic selection of beers down a tiny alley off the main road. Space is very limited, so be prepared to wait if you don’t get there early! The food is top notch and it complements the beer in a way that is beyond satisfying if you visit after a morning or afternoon of hiking. Their beer menu is impressive, and I only got to try a few beers. The clear winner for me was the Session IPA, super drinkable and not too hoppy. The Hop Pale Ale is also a winner, and, surprisingly, their Weizen wasn’t too sweet for my tastes. All around amazing beer; I can’t hype this place up enough!

The journey to get to this brewery can be very intense for the unaware or uninitiated; I ended up taking the bus and walking a ways up, but I didn’t know the bus schedule very well, and Google maps had me getting back the next morning if I missed the 9:10 bus back to my hotel, so I had to drink my beers pretty quickly! The building itself is beautiful and an experience all on its own. I didn’t get to try any of their seasonal fare, but the Stout was hearty and good, and they have a decent Pilsner and Pale Ale as well. 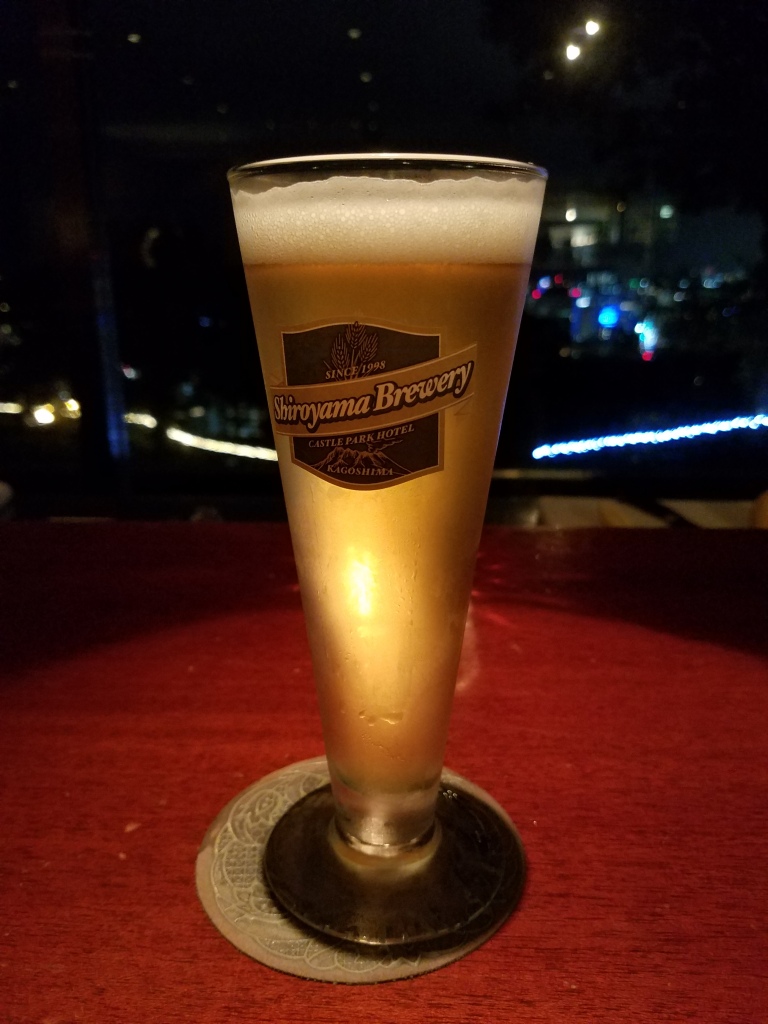 This was another unfortunate voyage for me: The hotel is very secluded and scenic, up the side of a mountain that looks over Kagoshima harbor and the volcano island, Sakurajima. I walked, in summer, up a road clearly meant for vehicle travel. Covered in sweat, I asked the information desk about the beer. Picking one of several bars and lounges in the hotel, I settled in with a nice view of Sakurajima and began tasting the Shiroyama beers. Everything I had was great! I was surprised, once again, by the Belgian White and Apricot Weizen they had. Not too sweet and very refreshing! The Maazaku IPA and Stout Ale Kokutou were also incredibly rich and satisfying to drink. Great atmosphere, I think, made the experience of having these beers even more enjoyable.

So those are my beer travels for my first year in Japan! I’m hoping to visit more as I travel for work, so we’ll see what fortune comes my way. Tokyo beers are coming down the pipeline, so stay tuned for those! If you know of any good breweries you’d like to suggest, leave them in the comments and I’ll see if I can’t give them a go!