Every year, the city of Sapporo hosts a large snow festival across the main streets in its city. You can see monumental snow sculptures and ice sculptures across two key areas in the city: Odori Park and Susukino respectively. I was lucky enough to visit both on a recent trip to Hokkaido and here is what I saw specifically in Odori Park.

Odori Park stretches from the Sapporo TV Tower to the Sapporo Culture and Education center, about 14 blocks long in total. I’ll start at the TV Tower and move down the street towards the end. 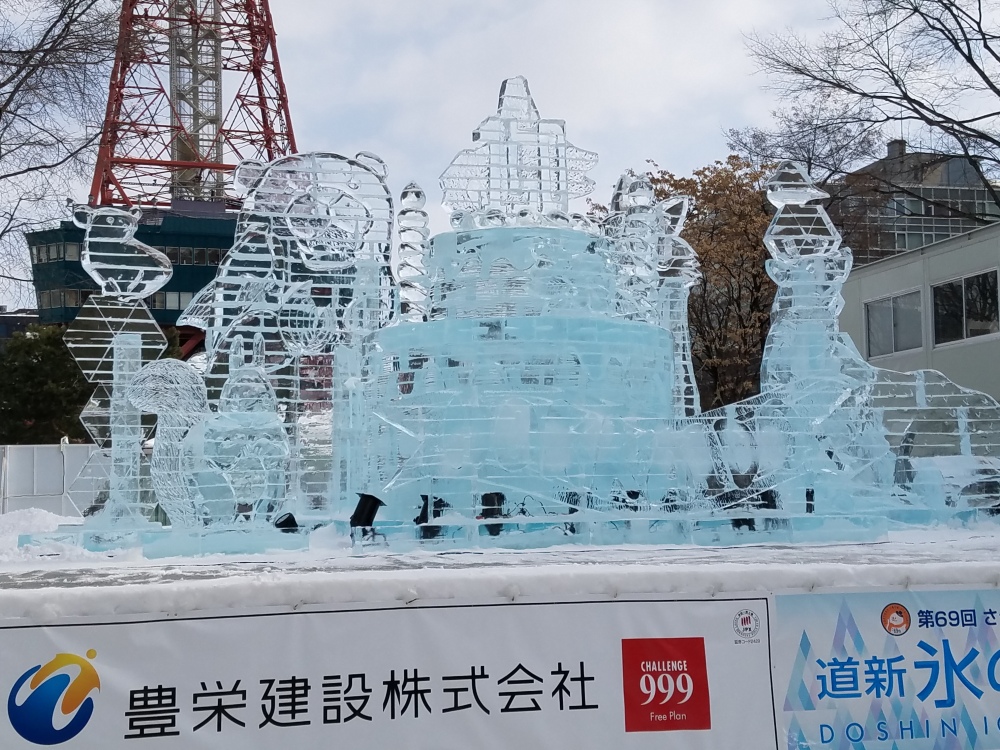 They had a nice stage and ice sculpture celebrating Hokkaido, as well as some horse statues chiseled in ice. The cool part, which made me a little jealous, was the ice maze / enclosure where they had the smoking area. All the non-smokers were taking pictures through the transparent ice walls, much to the amusement of all the people smoking, I’m sure! 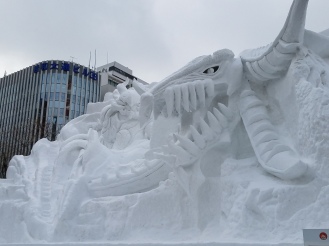 Imagine my surprise when I read online that the main snow monument for this year’s festival was a depiction from Final Fantasy XIV. I’ve been playing Final Fantasy for years, but I never got into XIV, seeing as you need to buy a subscription to play. The scope and details involved was insane. I read on one of the many informational posters that the Japanese Self-Defense Force (SDF) helped to construct the massive display. They had a little Final Fantasy shop and I even saw a cosplayer snapping pictures in front of the statue (they were too fast for me to get their picture; they looking incredibly cold in their outfit). 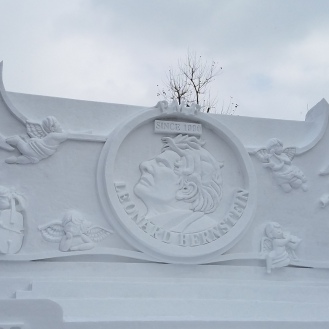 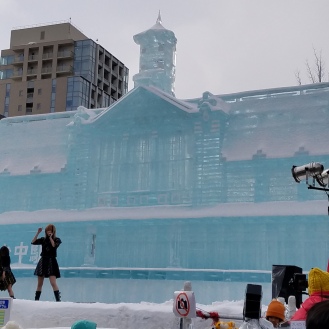 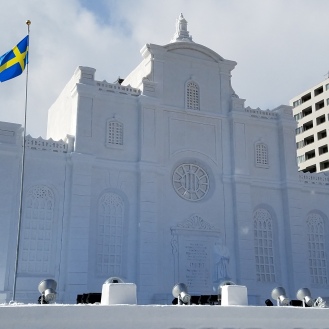 One was from the Pacific Music Festival, which was a large stage displaying the profile of Leonard Bernstein. The next block had a large snow replica the Stockholm Cathedral and a huge ice replica of the Taichung Railway Station in Taiwan, where we witnessed a pop metal girl group perform (hard to explain; you’d understand if you saw). If you know Baby Metal, it’s kind of like that. After that performance, we tarried forth to see a large replica of (something) made of snow. The size and detail in each of these was very impressive!

Local groups and artists had their own areas to work as well. There were a couple blocks dedicated to the non-professional craftsman, with elaborate and simple sculptures on display for all to see. My favorite was the Olympics diorama, complete with some Antarctic animals doing some curling. 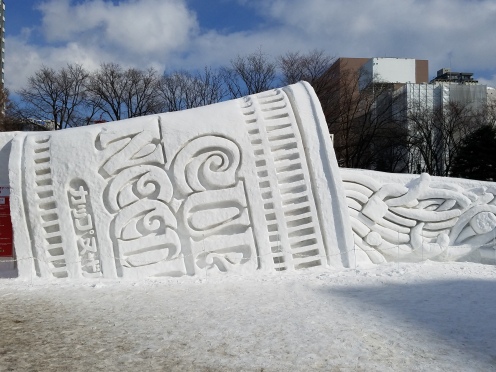 These next two areas seemed grouped together by the theme of childhood, and I’m pretty sure a children’s organization or children’s entertainment organization sponsored the areas. Regardless, children could slide down some Cup Noodles and for the 90th anniversary of Osamu Tezuka, there was a huge Mt. Rushmore-style display of some of his most beloved characters. Can you name them all? 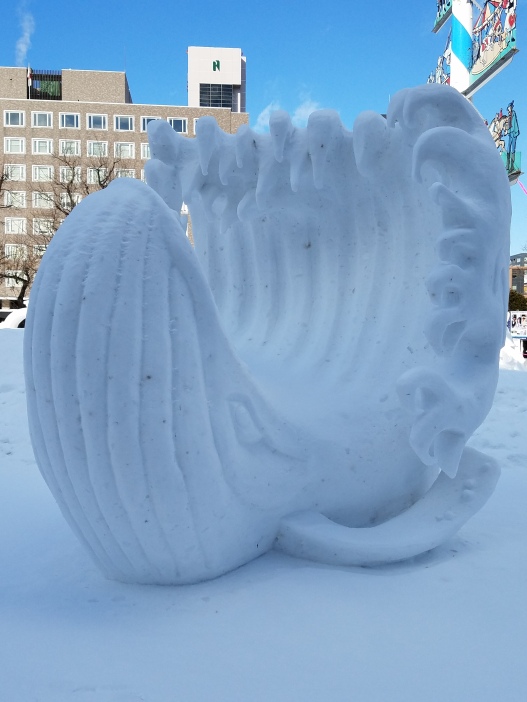 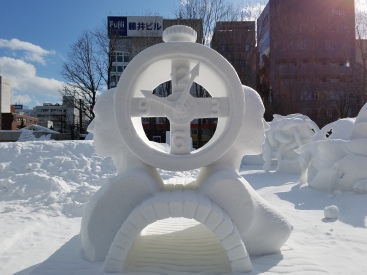 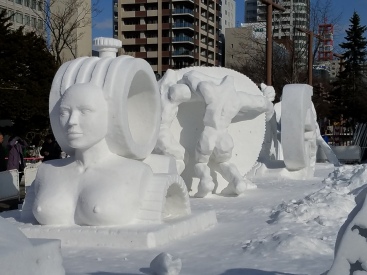 The grand champion from team Thailand!

A coworker of mine told me to walk all the way to the end of Odori Park to see this, as it was one of the best parts for him each year (he used to live in Hokkaido). I am so glad I heeded his advice, as this was easily the most impressive and awe-inspiring part of the festival for me. The artistry, detail, and engineering in each sculpture was mind-boggling. There were conceptual pieces, post-modern pieces, and snow arranged in ways that made me wonder how it wasn’t falling apart. If you’re forced to only see on part of the snow festival, I would say without any doubt that it should be the creations from the International Snow Sculpture Competition!

There is also tons of tasty food in the food court area, small vendors for shopping, and plenty of live shows for you to check out as well. You could easily spend multiple days checking out everything it has to offer. With my warm layering and trusty camera phone, I had a great time snapping pictures and recording movies in the one day of sun and many more days of snow during my time in Sapporo.