Follow my blog with Bloglovin
Posted on October 1, 2017September 25, 2017 by adamgarnica

One thing I’m learning here in Japan is that everything is ruled by the seasons. Japanese people love the fact that the change of seasons is so notable here, and many tourist activities are very time-bound in accordance with the seasons. Right now, it’s peak time for spider lilies to be in bloom. One of the largest spider lily fields in Japan is in Komahongo, just an hour outside of Kawagoe, in a park by the name of Kinchakuda.

We found out about this place by stopping in at the tourist information center in Kawagoe station. We were flipping through a brochure one lazy Sunday to see if there was anything to do when we noted that it was prime spider lily season. We hitched the train out to Komahongo where a throng of people going to and from Kinchakuda park met us at the station. We followed the crowd out of the station, along the Koma River, and eventually to the entrance of the park. The fee to enter was only 300 yen per person, and once you walk in, you can see a vast snaking river of red as far as the eyes can see. 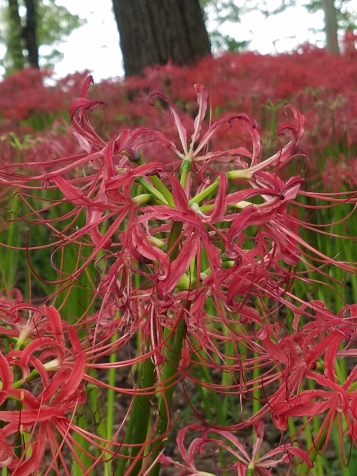 The lighting kept changing, giving many different hues to the flowers 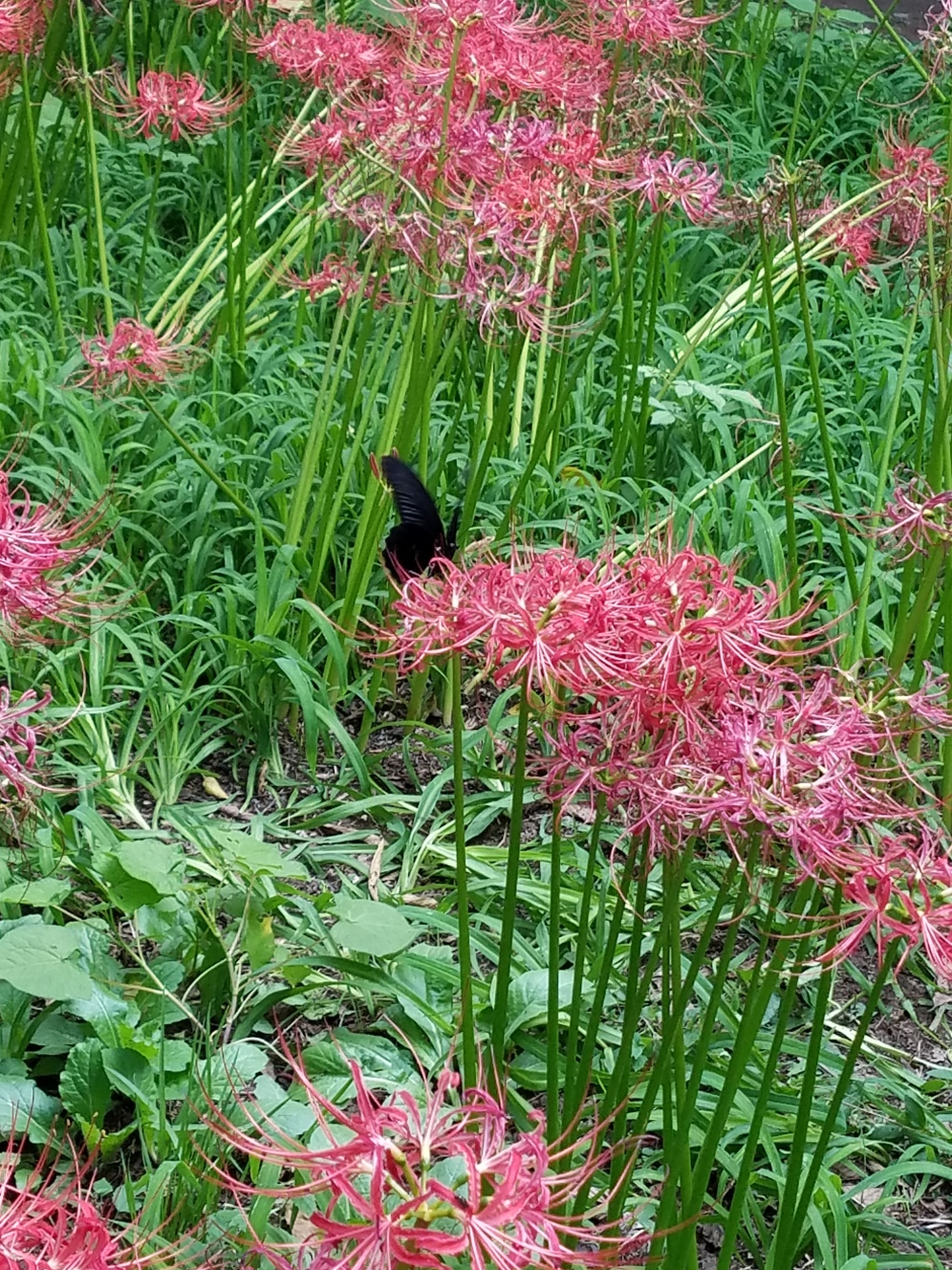 In case you were wondering, spider lily season is roughly from mid September through early October.

There was also a festival for the lily viewing going on in the park. There, you could try local delicacies, such as locally grown chestnuts, local beer, and traditional festival foods like ice cream and grilled meat. We arrived a bit late, so we missed most of the performances, but the people watching was on point. We saw a man walking his cat and another man juggling three ferrets in his arms. We tried the local Koma Beer, a malty altbier, and strolled through some more flowers on our way out.

People catching river crabs and minnows in the Koma River 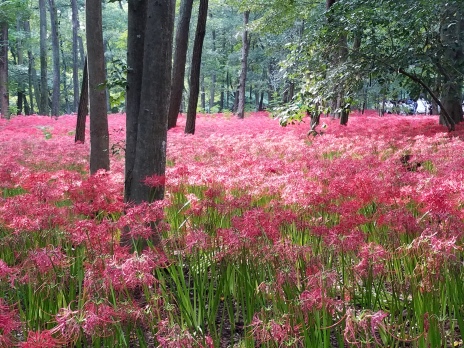 Light kept peeking through the clouds

Flowers soaking in the sun

If you enjoy local festivals and local flavors, viewing the spider lilies in Komahongo is a great way to spend an afternoon. I like the abundant amount of wild flowers in Saitama; it completely transports you from the hustle and bustle of the city!

One thought on “Spider Lilies in Kinchakuda”