Follow my blog with Bloglovin
Posted on September 21, 2017September 18, 2017 by adamgarnica

When in Korea, I met a new friend who told me that south of the Han river was the new Seoul, while north holds the more of the history and tradition of old Seoul. In the northern part of Seoul is a nifty little neighborhood by the name of Bukchon Hanok Village where I spent one cloudy morning soaking in the peaceful sights.

I can’t really think of a better way to describe Bukchon Hanok Village other than “trendy traditional.” The area is divided into two areas in my mind: the upper and the lower. The lower is where the major roads are with bus stops, crosswalks, and the gentle din of city streets. The upper area, accessible by steep roads and long concrete staircases, holds the plethora of traditional Korean homes with their tiled roofs and fortress-like doors.

Here, you can spy up several stairs that lead the the upper area, and each little alleyway holds its own little boutiques, coffee shops, and restaurants. You can also find the more touristy bits and street foods on the lower area as you begin to move away from the village and more towards the more modern Seoul. There is also a bit of street art that smatters the storefronts and alleyways, adding to the urban feel of this historical area. 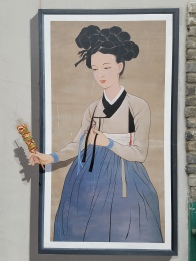 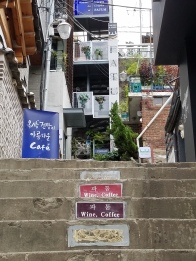 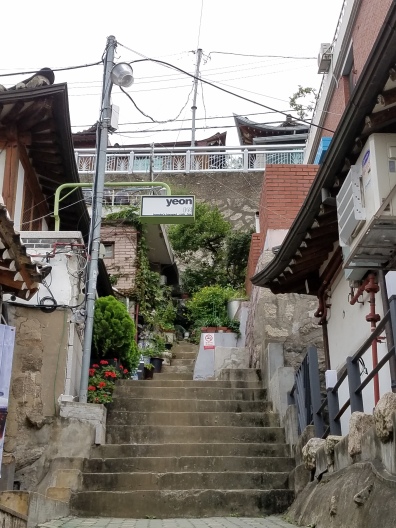 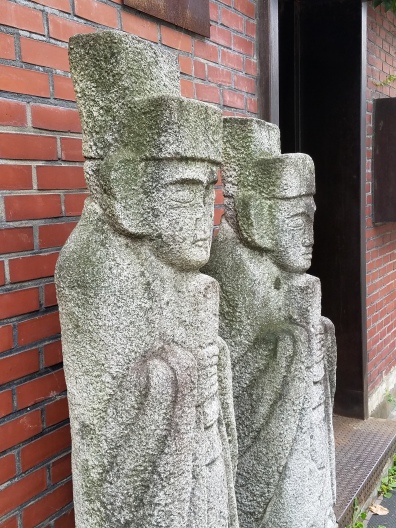 Here is where the residents live in their traditional Korean homes. Since this is an active neighborhood, there were a few rules I noted for visitors. First, you can’t take photos in secret without appropriate permissions. I surmise that means that you can’t be creeping into people’s lots and snapping photos of the inside of their homes without their permission. The upper area also has some small museum areas and a nice observatory run by a kindly old man with a ton of birds. For 3,000 won (about 2 USD and change) you can get the best view of the village and central Seoul from this elevated roof-top enclosure. Well worth the money if you want to relax for a few minutes and take in the sights! The man there will also give you some free juice as you check out the vista. 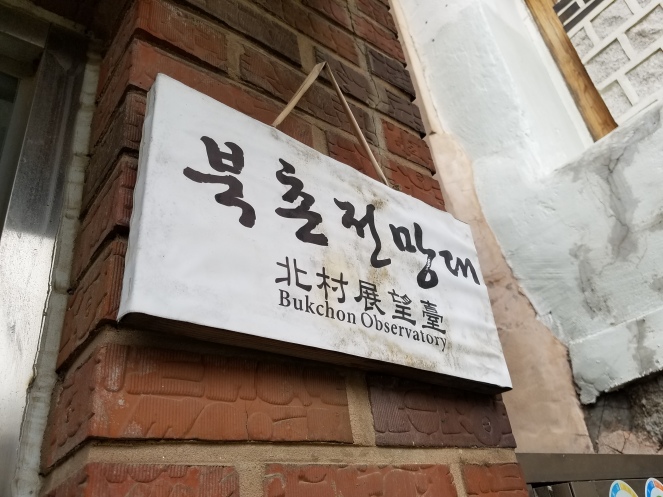 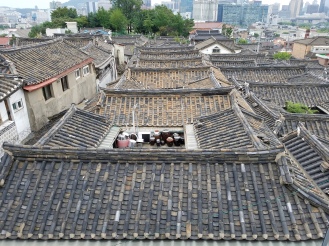 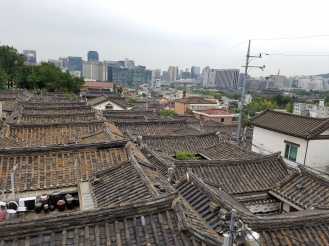 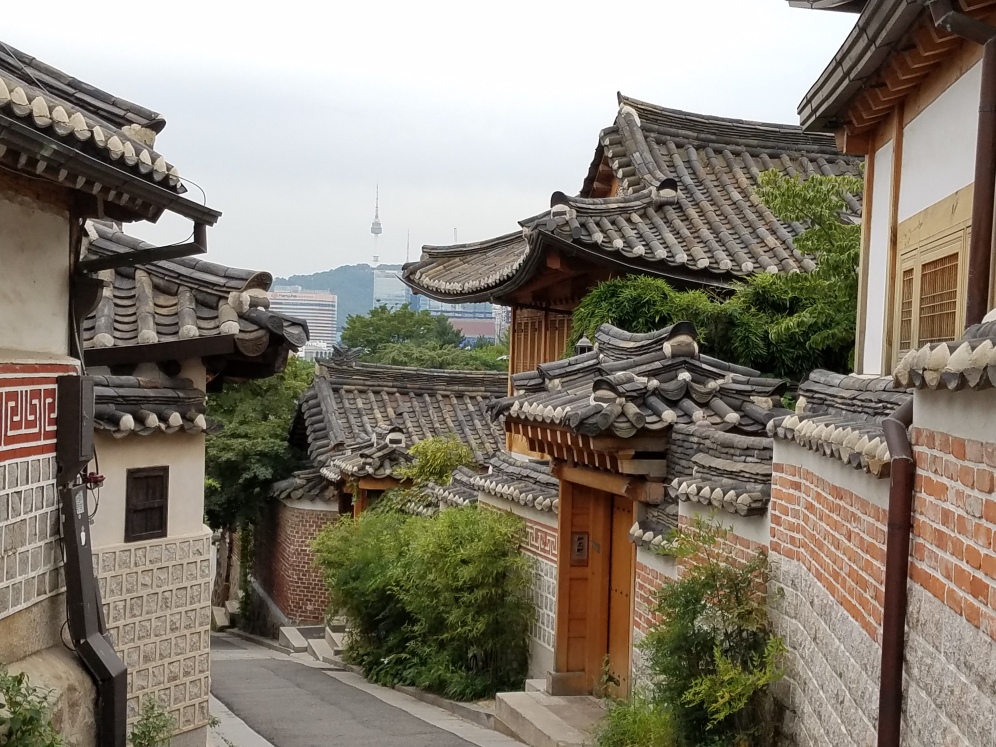 Bukchon Hanok Village is actually just East of Gyeongbokgung Palace, and in the lower areas, you can find plenty of Hanbok rental shops if you want to don some traditional Korean garb as you explore the area. Well worth your time if you want to see something that mixes bits of modern and classic!

One thought on “Bukchon Hanok Village”