Follow my blog with Bloglovin
Posted on September 25, 2016November 5, 2016 by adamgarnica

Phoenix has a lot of hidden gems that don’t appear to be much at first glance. You have to comb through the streets to find certain things that will a good experience and you have to be willing to explore things you see every day but don’t give them much thought. One such gem that will stare you in the face but not seem like much at first is the Pueblo Grande Museum down on Washington near the airport. Since this past Saturday was Smithsonian Magazine’s Museum Live day, we took advantage and visited Pueblo Grande.

On an inconspicuous placard on the museum grounds rests an interesting Pima legend about Pueblo Grande:

The Hohokam wrought the wrath of the Pima by claiming their power was greater, something the Pima and their leader–Elder Brother–simply couldn’t ignore. Pueblo Grande became a last stronghold for the Hohokam as they fought against the Pima. The city could not stand, and the Hohokam leader perished, causing Pueblo Grande to fall to the Pima. The Pima word, Hohokam, actually translates to “that which has perished.” While the ultimate cause of the Hohokam demise is ultimately unknown (archaeologists think that flooding may have lead to their downfall), the remains of Pueblo Grande stand today as a testament to the Hohokam people and their culture.

The museum is split into two areas: The outside ruins and the inside exhibits. Outside, there is a healthy walking trail that takes you around some of the preserved walls and pits that remain from Hohokam city. Given how large the site was, archaeologists speculate that it was a large city center for the Hohokam. Aside from the remaining walls, they have also reconstructed some Hohokam houses from various eras of Hohokam history, such as the ubiquitous mound formations and pithouses. You can enter each and get an idea of how their homes were structured. The docent informed us that the Hohokam were on average 5’3″ and lived to about 40 years old and maintained a complex canal system that still exists in pieces to this day. There’s also evidence that they were efficient cotton farmers before the Pima arrived. 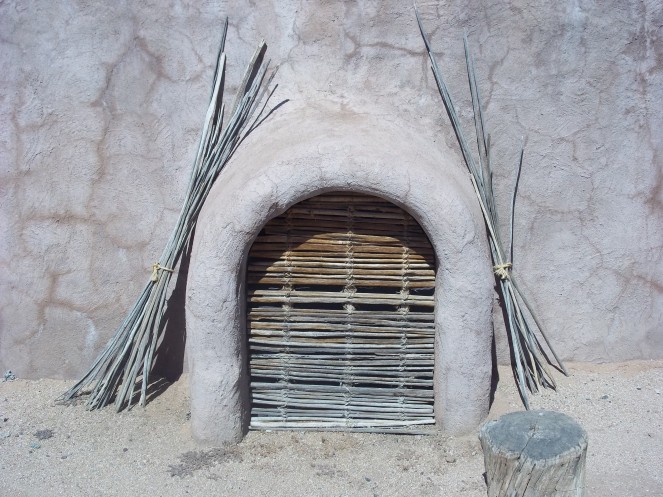 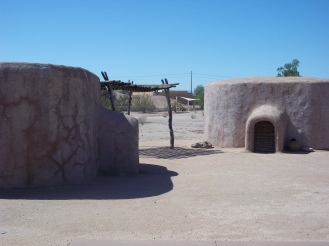 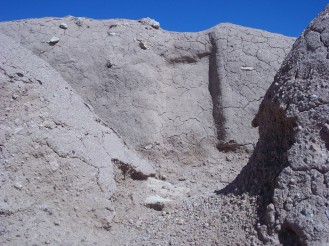 The inside area has more traditional museum fare: tools and pottery excavated from the site, history of the region, and interesting facts about Hohokam society, sports, and culture. While it felt incredibly small compared to the outside area, there was enough in the rooms to occupy a curious mind for a good hour.

Overall, I was very impressed with this site. To think that there would be this massive open ruin right in the heart of Phoenix was quite the surprise! If you have time and are in the region, I would highly recommend checking out the Pueblo Grande Museum.