The native people of the Americas have many fascinating and awe-inspiring landmarks speckled across many states. In Arizona, near the White Hills and in the Verde Valley, lays Montezuma Castle, one of the most well-preserved structures of its kind.A brief background: The “castle” is really a living structure built by the Southern Sinagua. It has the influence of adobe-style buildings crafted by neighboring people, such as the Northern Sinagua (centered around Flagstaff) and the Hohokam (southern and central Arizona). Montezuma Castle is an example of one of the largest structures built by the Southern Sinagua, who reached their peak in the 1300s. The structures of the Southern Sinagua were built on hilltops and in cliff alcoves. If you’ve heard of the Anasazi Cliff Dwellings or Mesa Verde National Park, these buildings are in a similar vein.

Walking up to the castle is quite quick from the parking lot: You funnel in through the gift shop/ticket counter, down maybe 100 ft of paved sidewalk, and there is Montezuma Castle. The castle itself is rather close and much smaller in size than the pictures appear to show. There used to be guided tours that took visitors into the castle, but they stopped the tours due to vandalism and preservation concerns. There are sections where you can get right up next to the worn walls of former homes at the base of the castle. There are also hidden doorways far up the cliff face that peek in from behind gnarled branches.

It’s fascinating to think that a whole community once lived, farmed, and prospered at this very site. Montezuma Castle was definitely worth the visit: The building itself is enveloped by a serene nature; I could imagine sitting down at the base and soaking in the atmosphere for hours. 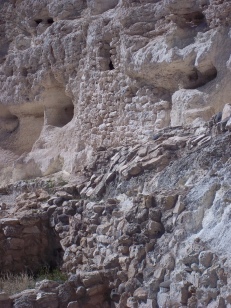 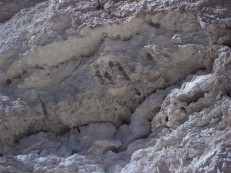 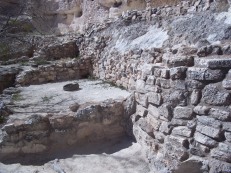 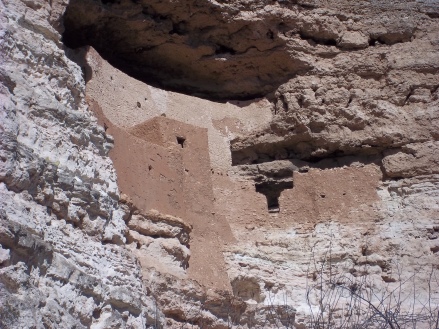 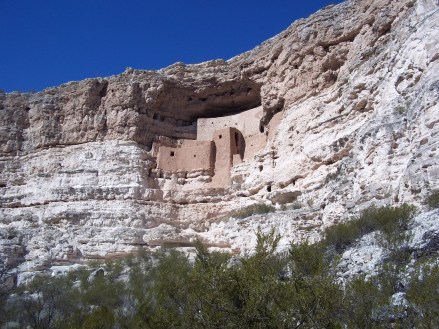 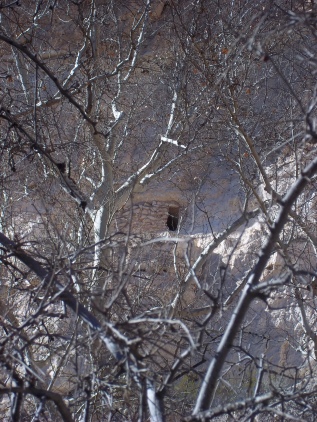 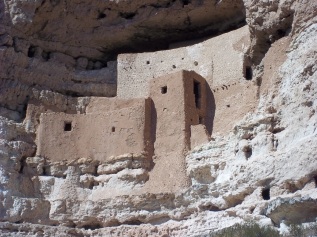